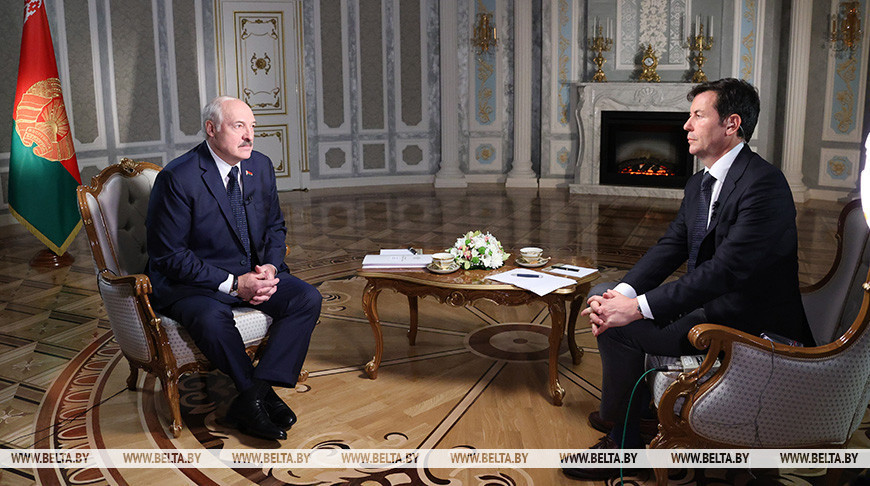 MINSK, 4 October (BelTA) – In the interview with the TV channel CNN Belarusian President Aleksandr Lukashenko pointed to numerous misrepresentations in the questions of journalist Matthew Chance, BelTA has learned.

At the very beginning of the interview, the journalist mentioned some overused fakes about human rights violations and the use of force by law enforcement officers during last year’s events. It became clear at that moment that Matthew Chance’s objectives were not to ask questions and get answers to them. In violation of the rules of journalism, he suggested that Aleksandr Lukashenko should use this interview as an opportunity to apologize to Belarusian people.

“No, I would not like to take this opportunity. If I would, I would do that through the Belarusian media. They do their job well. What is the point of doing it on CNN? I do not think this is even a relevant question, and in principle I have nothing to apologize for, and the latest events in Belarus are a testimony to that,” the president responded.

However, the journalist kept insisting. He spoke about the conditions of detention citing information from the internet and some human rights organizations instead of reliable and credible sources.

The head of state answered that there is not a single detention center in Belarus that could compare to Guantanamo, or those bases that the United States and Great Britain set up in Eastern Europe: “So one learns by comparison, hence my answer to your question — I do not think you will come out looking any better.”

“As to our detention centers, where we keep those accused or those under investigation, they are no worse than in Britain or the United States. I can guarantee you that,” Aleksandr Lukashenko said.

Although the CNN journalist listened to the answers, he continued to persistently repeat the same set of fake news that are spread by the opponents of the government. One of them is about those killed in the 2020 riots. “I know that special equipment was used on 8 or 9 August when those people controlled from abroad attacked our police on the barricades,” the head of state said. As a result, one of active participants of the riots was injured and the president was informed about that incident. “But it was not the case of the police going somewhere to find and kill this person. That was not what happened. He came to kill them. He was an ex-con, by the way, pardoned by me,” Aleksandr Lukashenko said.

As for other deaths mentioned by Matthew Chance, those were nothing but deliberate attempts to put the blame for everything on the authorities, the Belarusian leader is convinced. “You can hang anything on this period — some died of COVID, some died of asthma, some had cancer. And our protesters put all of them on the same list. Then you read the list and were happy because it was what you needed,” the president said. Aleksandr Lukashenko recommended that the journalist get to the bottom of it, and offered his help if needed.

“I suggest you discuss concrete facts, and not the views or statements of some dubious human rights organizations. Everything that you have just said is fake and fantasy. I guarantee you it is fake and fantasy,” the head of state said.

“It is not appropriate for a channel like CNN to quote all kinds of lies from the internet. Someone must have wanted you to do this, that is why I would not advise you repeating it all,” Aleksandr Lukashenko said. 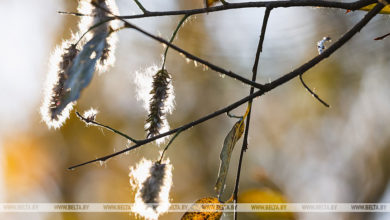 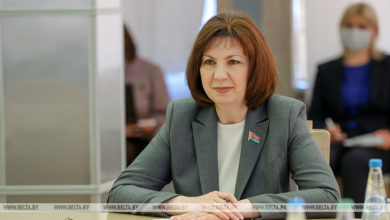 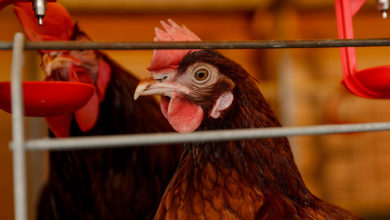 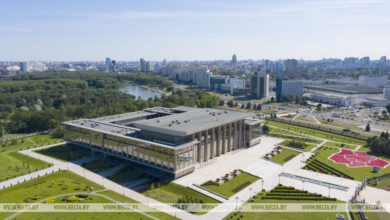